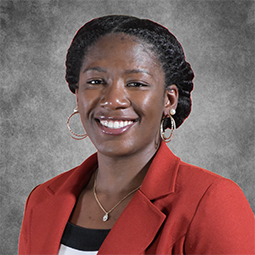 Jashae Lee enters her first season as the Assistant Coach for New Mexico Junior College Women's Basketball in July 2020. Lee joins New Mexico JC after a successful season with the University of Arkansas Monticello as Assistant Coach and Recruiting Coordinator (2019-2020), 2 years as Assistant Coach with Paris Junior College (2017-2019), and 1 year with Murray State University (2016-2017).
During the previous season with The University of Arkansas Monticello, Lee assisted in the Blossoms reaching new heights in the GAC. After being picked to finish 12th in conference preseason polls, the team ended the year with a 20-11 overall record, and concluded the year making it to the GAC Championship final game. The team also shattered many additional records including being nationally ranked for the first time since joining the NCAA, defeating a nationally ranked opponent, and achieved having one of the top defenses in the country, holding GAC opponents to just 59.2 PPG. During her time at UAM, Lee also assisted in coaching one of the best players in the region, Berniezha Tidwell, who finished as an All-Region Honoree, All GAC Selection and Conference defender of the year.
Lee has been a key component in recruiting and skill development of both guards and post at each of these programs. She has also assisted in overseeing team academics, coordination of strength and conditioning, scouting opponents, on-court coaching and game preparation.
Lee is no stranger to Hobbs and The Lady Thunderbirds Basketball program, and in fact has been a part of the family before. During the year 2012-13, Lee played under former NMJC Head Coach, Drew Sanders. That year the nationally ranked team compiled a 22-5 overall season record and tied for the conference championship title. Lee contributed as the team's second leading scorer, and was named an All-conference player.
After her one season with NMJC, Lee earned the opportunity to return to Division 1 basketball, finishing her final three seasons for Murray State University.
Lee holds a Bachelor of Science in Psychology and a Master of Human Development and Leadership, both from Murray State University.